The Ballston Spa Community band was formed on February 1st 2006 as a course within the Continuing Education program of the Ballston Spa School District.  Not knowing what level of “expertise” to expect, director Tracy DeRagon, selected a mix of pieces which were mostly “less than challenging” for the band to play.  To her surprise, the people who came were able to breeze through the selected music, and played several, more “demanding” pieces.

At the conclusion of the continuing education course, they made the decision to continue on as the Ballston Spa Community Band and perform for the community.  A few months later, (December 2007) BSCB became an official 501 (c ) (3) not for profit organization.

As band member numbers continued to grow, so did the repertoire and performance schedule, now regularly performing 8 to 10 concerts per year. 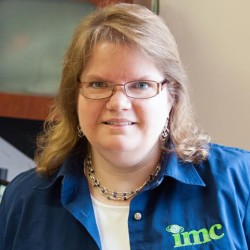 Beth Moeller
Beth Weise Moeller, owner of Arts Spark's parent Interactive Media Consulting, LLC, has spent more than 20 years researching the best way to organize and present electronic information for the greatest impact. Beth holds a BS in Physics and Technical Communication from Clarkson University, an MS in Technical Communication from Rensselaer Polytechnic Institute, and a PhD in Communication & Rhetoric from Rensselaer Polytechnic Institute.Her PhD research concentrated on the design of hypermedia (integration of hypertext, graphics, video, and sound) interfaces for optimum user performance.She founded IMC in 1996 and it has grown consistently since then.

An Annual Celebration of the Arts International Artist Day began in 2004 to recognize and honor the valuable and uniquely rich contributions artists make to society.  IAD is celebrated annually on October 25th as a tribute to Pablo Picasso on his birthday.  On this...

Video On Tuesday, April 7, 2020 we hosted a FREE webinar with local experts who can help artists navigate these difficult times. Our panel included: Shelby Schneider, President of Saratoga Prosperity Partnership, who will share information about the federal CARES Act....

Details Join us on Tuesday, April 7, 2020 at 2pm EDT for a FREE webinar with local experts who can help artists navigate these difficult times. Our panel includes: Shelby Schneider, President of Saratoga Prosperity Partnership, who will share information about the...

AboutAt the 7th Annual Beekman Street Art Fair (in the Beekman Street Arts District) this past Sunday, we set up shop to complete yet another community mural.The ProcessJust like last year, we took an image of an iconic Saratoga location, broke it down...

About The Beekman Street Arts District asked Arts Spark to help with the Makers Tent at the 2018 Beekman Street Art Fair. We were thrilled to help and wanted to create a project that would allow everyone to participate -- no matter what their age or...

Join our mailing list to receive the latest news and updates from Arts Spark. We promise not to spam you or give your email address to anyone else.

You have Successfully Subscribed!